Because of the consistent efforts of the city geared towards excellent services and programs in giving quality healthcare to its constituents, the City Government of Vigan through the City Health Office bagged the First Year CROWN Maintenance Award (National Level) last August 30, 2019 at the Philippine International Convention Center (PICC). 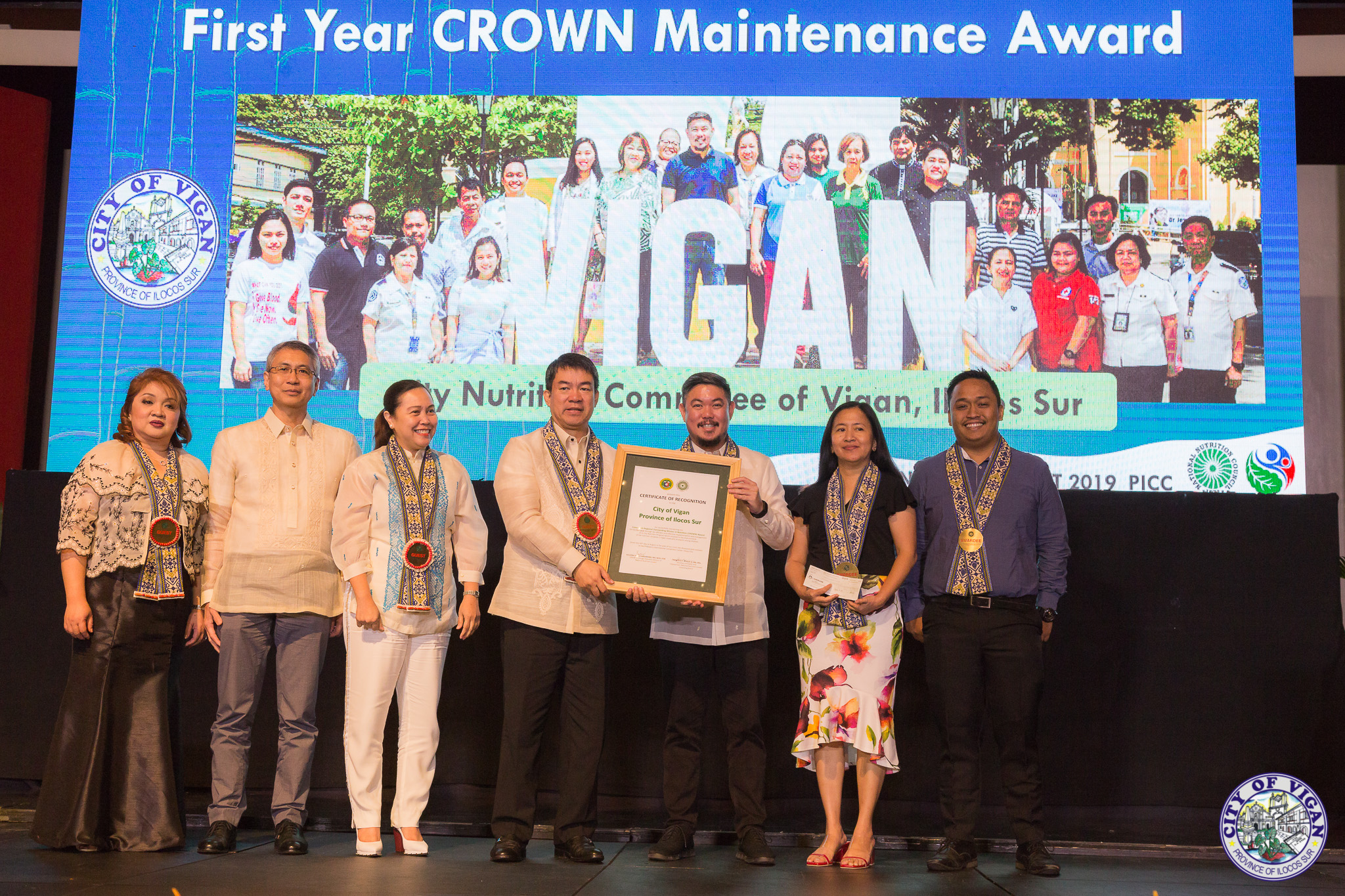 The winners of CROWN Awards recieved a plaque and P100,000.00 which will served as an additonal fund for health programs.

“This award was just a manifestation of our serious goal in delivering quality health service to our fellow Biguenos. On behalf of our City Mayor Juan Carlo Medina and the City’s Nutrition Committee, we thank also our different partner agencies and every Bigueño for making this possible through their strong and endless support to the city.” City Health Officer II Dr. Ranches said.

After three consecutive years in winning the Consistent Regional Outstanding Winner in Nutrition (CROWN) Award, the City is heading on its way towards the Nutrition Honor Award (NHA) wherein the city should passed the first and second maintenance to attain the NHA which was the highest distiction from the National Nutrition Council for best LGU’s.

Also this year, the city got the Champions for Health Governance National Award last May 29.

LGU-Quezon City Extended their Help to the Affected Bigueños After the Magnitude 7.0 Earthquake

As the City Government of Vigan continuously ...
View All